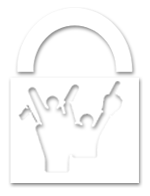 The Cadillac Palace Theatre in Chicago, IL is part of Broadway in Chicago, a theatrical organization that brings the finest Broadway plays to the Windy City. Originally named the New Palace Theatre at its opening in 1926, it was renamed by the car manufacturer in 1999. With a seating capacity of over 2,300, it’s equipped to provide high quality entertainment to the masses.